The wider impacts of Brexit in the UK

Posted by James Colson - AstraZeneca Global Account Manager on 08-Jan-2019 09:27:00
With over 20 years of experience in logistics, James has principally worked in the European road sector, including both own account and third party. More recently, this has expanded to air and ocean environments too, with a focus on healthcare solutions for pharmaceutical customers. James' in-depth knowledge has led to him heading up the internal Yusen team that is focused on Brexit, and the impacts and implications for both Yusen and our customers.
Show Bio

In the UK, we have already seen the uncertainty leading up to the Brexit withdrawal date impacting the financial markets and the value of the GBP.  In fact, since the results of the referendum, the value of the pound has taken a hit that it is yet to recover from.

The laborious withdrawal process has been fraught with delays and setbacks which still today, with just 3 months to go, have failed to be resolved. So, what does this mean for the UK? 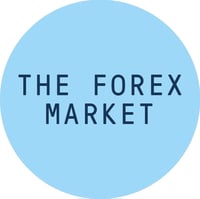 From individual households to global organisations, the weakened GBP has a ripple effect across all of the UK economy with reports suggesting that a no-deal Brexit could cost UK households £1,000 a year.  The effect of this was recently demonstrated when the Prime Minister delayed her Brexit deal on 11th December 2018.  This resulted in the pound decreasing to almost its lowest level since April 2017 against the dollar (at $1.2562), to its lowest level since August against the euro (at €1.1059) and saw the FTSE share index fall 2% (its lowest since December 2016). 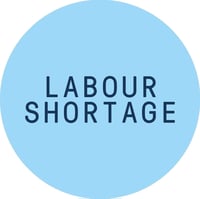 A lower GBP value means that working in the UK will not be as attractive for EU nationals or, due to the regulations post-Brexit, as easily accessible.  With the UK labour market already under growing pressure with its ageing population, the CIPD has raised concerns about how Brexit will impact the capability to effectively recruit in the future. Particularly as they report “difficulty attracting UK-born applicants to fill unskilled or semi-skilled jobs” as the most common reason for employers hiring EU nationals.

This is a particular concern for sectors that employ a high proportion of EU nationals, such as hospitality, healthcare, food production, retail and construction.  For the logistics industry, this exacerbates the UK driver shortage which, according to the FTA, is caused by the skills shortage, age demographic (with the HGV driver population significantly older than the national average) and lack of people filling the void left by those leaving the industry.  All of which has led to a reliance on labour from the EU for freight transportation.  For the UK, this means that the threat of labour shortages could grow which, in turn, may lead to inflation as higher wages are introduced to retain and attract a smaller talent pool.  Costs that, ultimately, are passed on through the supply chain.

Perhaps the greatest impact for companies will be the risk of border delays for freight transportation which will have a significant impact on their logistics and, in particular, lead times.  To overcome this, companies are considering stockpiling.  This has resulted in a growing demand for warehouse space.  According to Whichwarehouse, enquiries from UK businesses are up 36% year-on-year and have more than doubled from EU businesses.

So, why is this an issue for companies that don’t trade between the UK and the EU?

The growing demand for additional storage facilities comes at a time when there is already a shortfall of UK warehouse space, particularly driven by eCommerce and fulfilment warehousing requirements.  Whichwarehouse has reported that, in some circumstances, this has led to smaller contracts being evicted to accommodate larger opportunities.  With the prospect of a no-deal looking increasingly likely, securing space will become a growing factor in Brexit contingency planning to tackle potential delays to freight transportation.  Facing limited options and a higher demand means that the struggle to find UK warehouse space is a concern not just restricted to UK companies trading with the EU.

For the logistics industry, the impact of Brexit could result in long border delays and bottlenecks that will have consequential effects across the entire UK economy.  There are predictions that just a two minute delay to customs processing for freight transportation at borders could lead to a 17 mile queue.  The risk of lead times extending by days, if not weeks, means that any supplier or customer that trades between the EU and UK could suffer delays that will have detrimental effects on your own supply chain.  Although the current Brexit situation means that all markets are operating on an “as-is” basis, a no-deal exit on 29th March could result in what economists call a “sudden stop” – an abrupt, catastrophic dysfunction in a key sector of the economy.  With evidence of falling foreign investment, a deal still yet to be confirmed and time fast running out for businesses to implement plans,  the true extent of Brexit on logistics, freight transportation and supply chains within the UK is yet to be known.

How can you prepare your supply chain for Brexit?

At Yusen Logistics, we are working with industry leading bodies to support our customers with their Brexit contingency plans.  Want to find out more?  Download our free Brexit Guide here with actions that you can start taking today.